GroceryAid has announced the winners of its 2021 Awards, with a record number of 305 organisations being officially recognised for their support of the trade charity during the last 12 months.

GroceryAid Awards are an inclusive annual programme allowing organisations, both large and small, to demonstrate how they support GroceryAid, and in turn industry colleagues, in three different ways:

FUNDRAISING – Supporting events that raise funds for the charity

VOLUNTEERING – Donating time or expertise to benefit the charity

This year 13% more supporters will receive an award vs 2020 demonstrating the greater number of organisations leaning in to support the charity through another challenging year.

Steve Barnes, Chief Executive at GroceryAid comments: “Without the backing of our trade we would not have been able to help colleagues who found themselves in need of emotional, financial and practical help during tough times. As we move into another challenging year, I am extremely grateful for the continued support.”

In 2021, GroceryAid provided 15,600 incidences of emotional and practical support through the Helpline, service partners and digital platforms. Over 3,600 children of grocery colleagues went back to school in September with new uniform and equipment, through the School Essentials Grant, and over £3million was awarded in financial grants to industry colleagues, helping thousands of families.

To find out more about the GroceryAid Awards visit 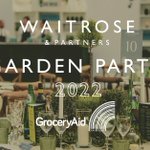 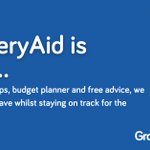